This week, I visited the Saint Antoine Hospital twice: on monday for the blood analysis and on tuesday to meet with my kind graft doctor.

On monday, the nurse who did the blood collection told me that if I did not pass out she would give me a piece of chocolate… and I got the chocolate ;-)! Easy way to make me quiet :-)!

On tuesday, I met my nice graft doctor. She gave me the results of the blood analysis: everything is near perfect, including the analysis related to the immune system. All the numbers are by fare much better than the ones I had in my previous life,the first life before the graft! But, as pointed out before by my doctor, it is not “me” who is charge! Then we spoke about my visit to the dermatologist at Tenon hospital and she gave me the results on the cell culture regarding one of the carcinoma I have at the back of the head: superficial, so it might be treated by dynamic phototherapy… We will see. Then we spoke about my concern regarding a coming back of the GVHc in the mouth. Although the dermatologist told me that she did not see anything, my graft doctor, who is “a specialist” in GVH, told me: it is not lichen as before but maybe… Anyway it does not need any treatment. Then, she asked how I was feeling: for me the only “problem” I have is “the fatigue”. When I have a small activity like working on stained glass for 3 hours, I feel “drained”: no energy left. Of course, I offered my kind doctor an hypothesis to explain this phenomena which is frequent in people who had a stem cells transplant: “our energy is mainly used to keep a kind of equilibrium in the fight between the foreign immune system and “me”…. Correct or not I don’t know but my graft doctor did not see that as completly foolish (maybe she is too kind to tell me that it is plain stupid!).

My next apointment with my kind graft doctor will be on june… Before I will have a small surgery to remove the carcinoma on my temple.

I am also busy being “creative”! 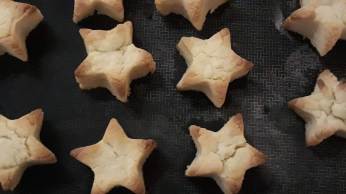 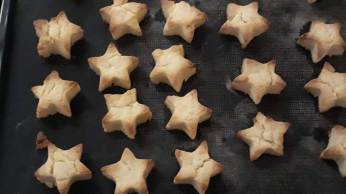 I started recently to attend a class on sculpture /modelling:

And I started a new project on stained glass:

If I can do all those activities (as well as going to my lab and traveling around the world) it is because I had the chance to meet the fantastic team at the Saint Antoine hospital and in particular my super graft doctor, to have stem cell given by an anonymous donor, a young lady maybe from Germany. Without the support of my family and friends things would have not be so smooth…

I love you all!

A statue of Saint Antoine: Saint Ambroise church in Paris.

Last monday I had the last shot of the vaccine against chicken pox. It was the last step toward “a full protection” against various diseases. I am now 31 months after the graft, and my vaccines record is more or less similar to the one for a young child! I am a young chimera in an old-looking body!

Next monday, I will go back to my favorite place in Paris, the Saint Antoine hospital! It will the time for a full blood analysis. I will prepare myself well, so that I will not faint ah ah!

Then, on tuesday, I will meet my favorite doctor, my graft doctor. It will be the first time since she told me, four months ago, that the time had come for me to stop taking ciclosporine…

Beside “the recurrent fatigue”, I am feeling OK. But it seems that there are not clear explanations regarding from where this fatigue is coming (see https://www.anthonynolan.org/sites/default/files/Managing_Fatigue_After_A_Transplant_Anthony_Nolan.pdf).

I have been thinking hard about this problem, and I came with an “explanation”: many patients after having stem cell transplant have GVH, which is the sign of “a fight” between the graft and the old tissues via the immune system. So,maybe, the old body is spending a lot of energy to controle the attacks by the new immune system. hence “the fatigue”! Not clear I know ;-)!

Today, I started a new “artistic” activity: clay modelling. The first thing I am doing is modelling an head… I will show soon the first steps…

Last thursday, I had an appointment with the dermatologist in the Tenon hospital. It was for a followup of the previous visits I paid there during the last summer.

I had two “problems”: one on the left temple, one on the back of the head. The first carcinoma had aalready been treated by dynamic phototherapy, then with “a cream”, and at last with liquid nitrogen… But during the last visit, the dermatologist told me that I might need some surgery to remove it (I think he was “sure” but did not want to push my spirit down!). The second one, a small one, was treated with ” a cream” during the summer, but I could feel that it did not disappear.

The dermatologist took “a sample” of cells from the carcinoma at the back of the head to identify what kind of cell it is; then she will propose a treatment, phototherapy or surgery…

For “the big one”, surgery was  the way to go… So in mid-february I will pay again a visit to the Tenon hospital to have it removed, I hope for good! The dermatologist explained that a small piece of skin will be removed around the carcinoma (around 0.5cm), so it will be like a small lifting :-)! A few years ago, I had another carcinoma removed by surgery. It was right in the middle of the forehead, so during the “lifting” I had some “wrinkles” removed. I asked for  a change of the face from “me” to Robert Redford (young) but the result was very disappointing… This time I will ask to be like Georges Clooney…

In addition, I had some strange feelings about the mouth (and some red “plates”on another part of my body). I was afraid that maybe the GVHc was making a come back. But the dermatologist said no: breathing better, but not 100% sure… I will disccuss with my kind graft doctor during the next appointment…..

In Tenon hospital, there is a small chapel with a statue of my very good friend Saint Antoine. I wen to visit him , put a candle near him to thank him for all the good he did to me, and took a photo!

Another strange thing: in the garden, inside the hospital, we discovered a tree in bloom: january 3rd! Global warming?

Next week, I will have my last vaccine. After I will be protected, as a baby, an old baby!

At the end of January, I will meet my kind graft doctor for a regular visit, just to check if everything is OK. But on the previous day, I will have a full blood analysis…. looking for good results!

I wish everybody an Happy New Year!

Photos of the carcinoma taken with my smartphone (the one of the doctor did not work well)…. grey hair!

So, I spent some time making various cookies, cakes,… Here are photos of my production:

Banana bread with walnuts and carrot cake with cranberries: 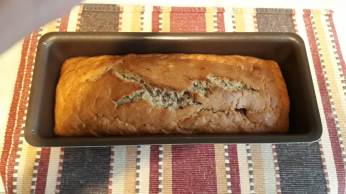 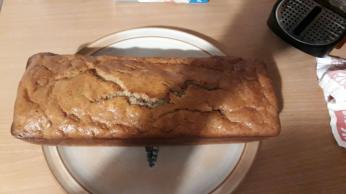 Almond shortbread (before and after cooking): 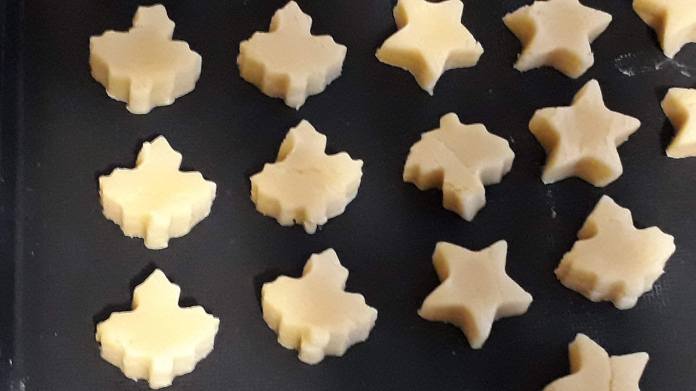 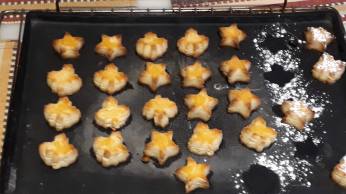 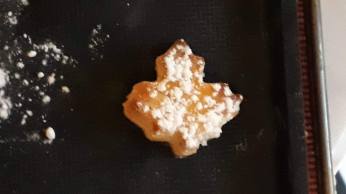 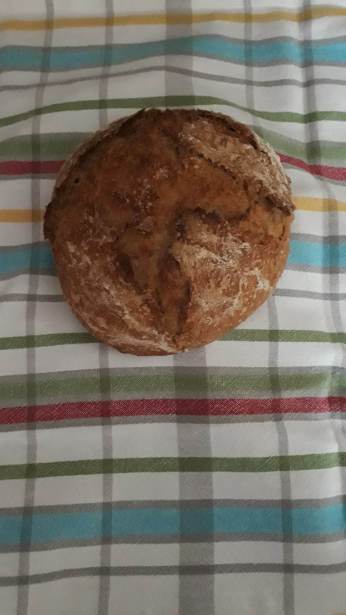 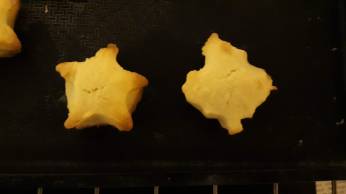 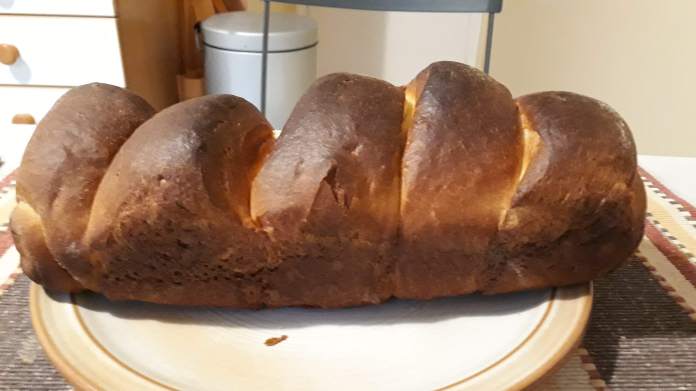 I will try new receipes in the future…